A Brief History Of Tourism In Australia

So there are several reasons as to why one should engage in a tourism diploma online, and if reasons such as great pay, countless opportunities, and an ever-growing industry are not enough; one should simply look inside of oneself and realise that tourism has been an aspect that has brought people over together for centuries, connected cultures despite of the global divide that we ourselves have caused and it is still connecting people from the Great West to the Far East, over the expanse of the world. Tourism is a gateway to understanding oneself and expanding one’s understanding about his global neighbours. We are one people, and this gigantic industry is helping us realise that.The Commonwealth of Australia, commonly known just as Australia has a deep history. A massive landmass that only consisted of indigenous people also known as the Aborigines, subjected to heavy colonization by European nations such as Holland and the United Kingdom has emerged today as one of the world’s leading nations in both technology, economy and it’s beautiful environment. 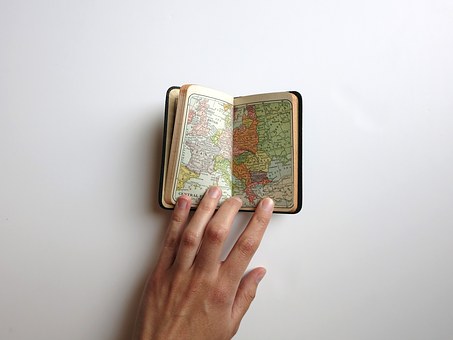 Australia has been a tourist hotspot for decades and that has caused a major rise in all things tourism related. From major hotel chains and budget friendly AirBnBs to institutes and universities that offer good travel and tourism diploma, Australia relies significantly on its tourism to contribute to the nation’s economy. An Australian Bureau of Statistics report shows that in the financial year 2014/15, the tourism industry contributed A$47.5 billion to the national economy, 3% of the entire country’s GDP. In the same year, the country recorded 7.4 million visitors and about 5% of the workforce was engaged in the tourism industry. Tourism also accounted for 8% of the country’s export earnings in 2011.

The one place that comes to mind when Australia is brought up is the Great Barrier Reef. The world’s largest coral reef which spans an area of around 344,400 square kilometres and is 2300 kilometres long, it was named by UNESCO as a World Heritage Site in 1981. However, there are many more places in the continent for tourists to explore such as the Uluru; commonly known as the Ayers Rock, “the Outback” and the Tasmanian wilderness. Even the coastal cities of Sydney, Melbourne and Brisbane among tourists, with the Sydney Opera House being a defining landmark of the Australian Nation.

The year-round tourist numbers means that around 56% of the Australian tourism industry workforce engage in their careers on a full-time basis. Many institutions also provide educational courses such as diploma of travel and tourism online in order to train more people to take on roles within the industry itself. Surfing instructors, scuba divers and many marine related professionals find a safe haven in Australia due to the job creation caused by an inflow of tourists to attractions and events such as the Great Barrier Reef and Surfing events.